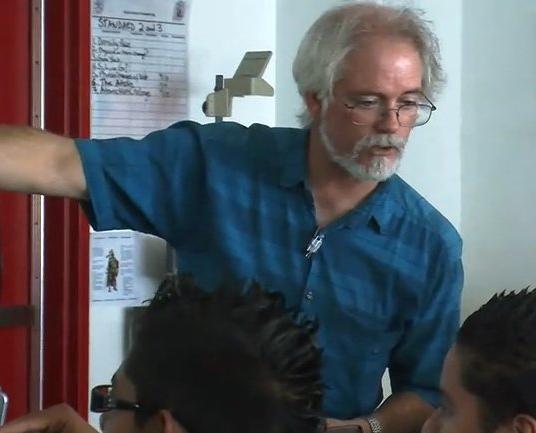 Our work focuses on reactive intermediates in combustion and interstellar chemistry, as investigated by laser spectroscopy and computational quantum mechanics. Collaborative work has included studies of spectroscopic theory, chemical catalysis, and organometallic spectra and reactivity.

Molecular free radicals are crucial to the chemistry of combustion, the upper atmosphere, polymerization, and interstellar molecular clouds. We are interested in the physical and chemical properties of these molecules, particularly those containing conjugated π-electron systems, such as HC3O and C4H, because the delocalized orbitals can confer surprising dynamic and reactive properties to these systems.

In our experimental work, we search for new spectra of small hydrocarbon or other first-row element free radicals in the infrared regions of the spectrum in order to characterize these dynamic properties. Our mid-infrared quantum cascade laser spectrometer uses a 2-meter 20-pass White cell as the sample chamber. With this system we search for strong stretching transitions in the free radicals, and then probe the isomerization coordinate by examining hot band and combination band spectra to obtain measurements at high resolution of the interesting vibrational dynamics of these molecules. These studies were originally supported by one of the first NSF CAREER awards, and is currently funded by the Army Research Office.

We are engaged in concurrent ab initio computational studies of these and larger molecules to investigate the relative stability of the competing structures, and their effect on the chemistry. These ab initio calculations guide the laboratory measurements of the energy level structure, geometry, and chemistry of these molecules, as well as offering information for the kinetic models of the highly complex chemical environments found in combustion and interstellar space. 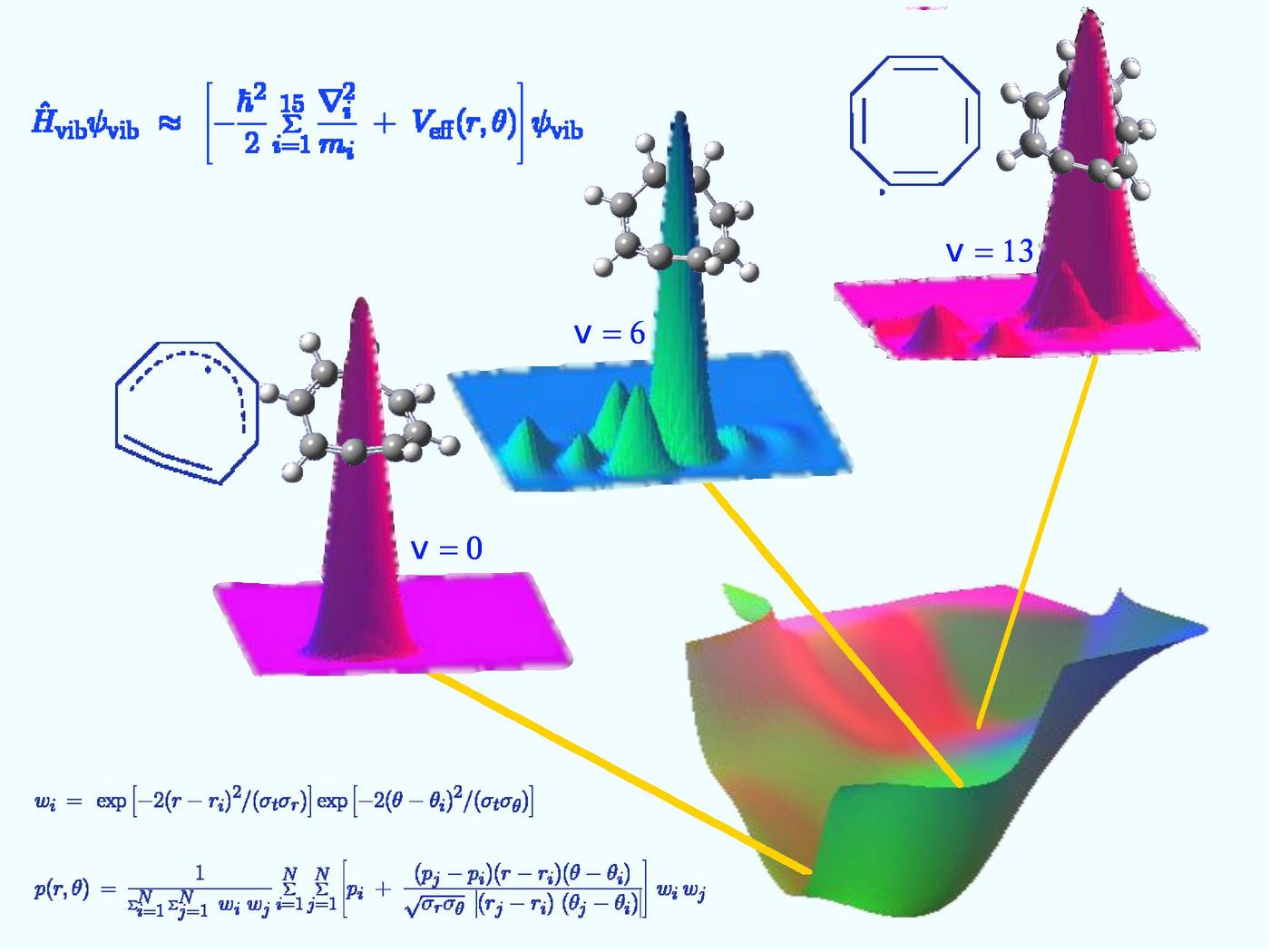 Previous work in our group along these lines included studies of the mechanisms behind the elctrocyclic ring-closure of cyclopentadienyl radical (C5H5) and the vibrational dynamics of cyclooctatetraenyl (C8H7), including its effective isomerization from one structure to another under specific vibrational excitations.

Recognizing the need for a general, easily mastered way to study these complex vibrational dynamics, we've recently published a protocol for the integration of the vibrational Schrödinger equation on an arbitrary potential energy surface. This work formed the doctoral work of Dong Xu, one of SDSU's first two PhD students in Computational Sciences, and now a professor at Idaho State University. PhD student Peter Zajac extended that work by implementing periodic boundary conditions and a powerful interpolation engine, allowing users to input point-wise PES maps without first resorting to analytical fits.

Current work with Prof. Doug Grotjahn strives to understand the activity of organometallic catalysts synthesized in his lab. To model the transformation of a π-complexed alkyne into vinylidene on one of these catalysts, we mapped the reaction surface of the complex in two dimensions, finding an unexpected parallel in our previous work on multiple minima on vibrational surfaces of free radicals. We are in the midst of an exhaustive analysis of a system that catalyzes the formation of aldehyde from alkyne and water, finding that Grotjahn's signature heterocyclic ligands play a major role in the dynamics by providing a basic chemical environment to stabilize the relocation of hydrogen atoms. This project is funded by the National Science Foundation.

We have also contributed to several studies by Prof. Hani Amouri of the CNRS (Centre National de la Recherche Scientifique) in Paris. Prof. Amouri assembles organometallic complexes, often with two or more metal atoms, in a search for novel optoelectronic materials and nanostructures. Our work has supported the interpretation of spectroscopic and x-ray data by modeling characteristics of the molecular orbitals and intramolecular interactions. 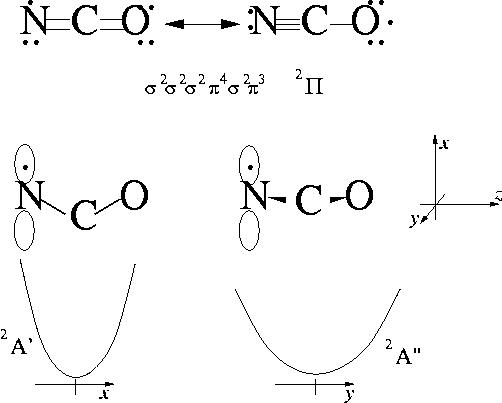 The complex interactions among the spin and orbital magnetic fields of unpaired electrons and the rotational, vibrational, and nuclear angular momenta in these molecules also means that we sometimes work at the limits of present spectroscopic theory. Work from a sabbatical with the late Prof. John M. Brown at Oxford University involved the first combined analysis of the lowest vibrational bending states in the NCO radical. NCO is a prototype example of the Renner-Teller effect, in this case the strong interaction between the two electronic states formed when the Π state symmetry of the linear is broken upon bending. To complete this analysis, we used third-order perturbation theory to derive additional contributions to the effective Hamiltonian, which is still growing after 70 years.

We gratefully acknowledge funding for past and current work from the Army Research Office, the National Science Foundation, the Petroleum Research Fund of the American Chemical Society, the Exxon Education Foundation, and the San Diego Foundation.